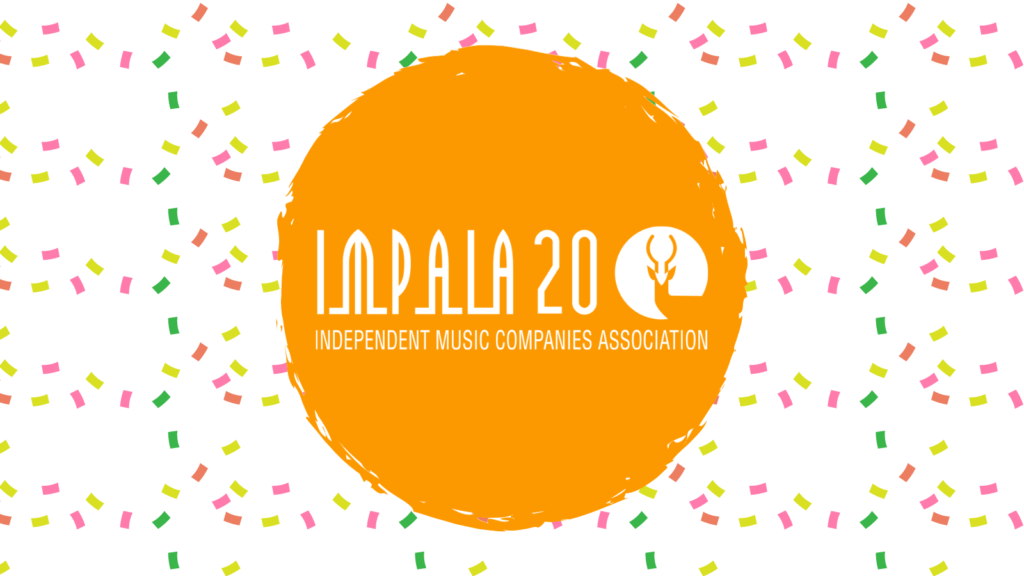 Yes, it’s our official 20th anniversary! From a handful of founding members, we have grown to represent over 5,000 independent music companies and national associations in 30 European countries.

IMPALA is celebrating this with a year-long series of posts, interviews, playlists and events on this dedicated IMPALA20 blog page right here.

The very first post is What IMPALA has achieved in 20 milestones.

The aim of our IMPALA20 programme is to put the spotlight on the people that drive the sector and the work that goes on behind the scenes.

20-minutes-with interviews will run throughout the year with key independents, starting in December.

We will also run a 20-minutes-on series to shine a light on IMPALA’s top priorities such as Covid 19, diversity and inclusion, Brexit, sustainability, new opportunities online, access to finance, as well as implementing the European copyright directive and other key areas of work. Recent developments will be a big focus, including the EU’s key decision in November to boost culture in the EU budget by over half a billion euros, and IMPALA’s ongoing work on European performance monies.

First, lets kick off with our milestones…

WHAT IMPALA HAS ACHIEVED IN 20 MILESTONES

1. In its first year, IMPALA plays a key role in the breakdown of the merger attempt between EMI and Warner – a deal withdrawn because of EU objections (see here) (2001)

4. World’s first merger remedy package negotiated with WMG to rebalance the market in the face of increasing concentration (2007)

6. Launch of IMPALA’s Independent Album of the Year Award (2011)

8. IMPALA and Merlin announce agreement with Warner Music Group on divestments and other merger remedies to strengthen the independent sector (2013), ultimately completing in 2017.

11. Very first loan EU guarantee scheme is launched for the Europe’s cultural and creative sectors to support loans to independents and other small actors (2014)

12. Apple’s attempt to discriminate against independents is thwarted by a united stance in Europe and across the world, improving terms for all labels, including the majors (2015)

13. Trade takes on a new dimension with the launch of IMPALA Balkans Focus Group (leading to establishment of RUNDA) and start of IMPALA’s Brexit work to ensure that the independent music companies’ voice is heard in the negotiations (2016 & 2017 and continuing today…)

15. IMPALA acknowledges the climate emergency and commits to making the independent sector ecologically sustainable and regenerative, as well as using our voice to support Music Declares Emergency in Brussels (2019)

16. Historic vote in the European parliament to adopt a new copyright directive to address the value gap (2019)

17. IMPALA establishes a COVID-19 Task Force and takes on key role in driving the sector’s agenda by adopting a crisis plan, mapping tool and recovery package, helping culture to be recognised as one of Europe’s fourteen priority sectors for recovery (2020)

19. IMPALA launches One Step Ahead, digital intelligence facility for the independent sector (2020)

20. EU budget has focus on music for first time and whole culture programme receives top up of over half a billion euros for total of 2.2bn (2018 to 2020)