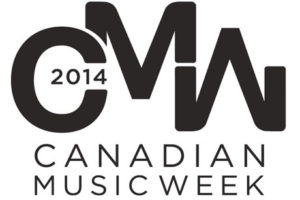 “I’d like to take a little time to say a few things.

I’m often asked what I actually do day to day, now that I have a company of 150 people taking care of things, and it’s not an easy question to answer.

But the answer is – balance.

I maintain many different balances, and that can be a subtle and delicate process.

Balance in personal relationships in the business.

Balance between the four labels in my family.

Balance between promotional opportunity and the need to maintain the value of our artists rights.

The first respect in which it’s out of balance is in the size and dominance of the major players. Nobody in this industry, other than those trying to compete with them, can now afford not to have a relationship with Universal, and that gives them unprecedented power – power to upset the balance. The power, as their CEO proudly said, to get people into business, the power to STOP people getting into business.

How does that imbalance affect us ? Because when they negotiate or renegotiate with digital services, they leverage that power to obtain a larger slice of the pie than should be theirs. And that effect echoes down the food chain, and leaves independents, those companies who have always started new trends, on who the musical culture of our nations depends, finding that Universal have eaten their lunch.

The other imbalance I want to talk about is the safe harbour provisions, and similar terms in other countries.  They were introduced, with some foresight, by the legislators in the USA framing the DMCA, to provide a notice and take down procedure for unlicensed content. But the legislation has been distorted into a protective wall behind which cyberlockers and torrent sites, and companies such as YouTube and Grooveshark, operate.

The original intent was to protect reasonable people acting reasonably from falling foul of the law, to enable the digital economy to grow without “ gotcha “ law suits against ISP’s who had no idea that their networks were being used for infringement. They were not intended to provide fortress walls behind which companies could build billion dollar businesses on content that had not been cleared. They were never intended to become a de facto “ licence “.

To draw an offline analogy, these provisions would allow someone to burgle your house and remove its contents, with their only risk being that if you caught them, they’d have to return them – and maybe apologise. And then do it again. And again. And again.

Copyright is meant to allow you to control your own work. That is totally undermined when another law says that people in effect can ignore it with impunity.  Would we consider a safe harbour law allowing small restaurants to ignore food hygiene laws ? Or a safe harbour for personal data being inappropriately used ? Of course not.

As you might imagine, policing the YouTubes of this world for infringing content is a herculean task, one beyond all but the largest of companies. For my community, the independents, it’s a game of whack-a-mole they can only lose.

These provisions are being abused. Many of the companies taking advantage of them are not start-ups that need a break, they dwarf everyone in this room. They’ve been in business long enough to now be able to identify that content. They know what it is.

They should not need that protection any more. Those provisions hobble creators, and they give those that use them an unfair competitive advantage over companies such as ITunes, Spotify, Amazon and Rdio who DO pre-licence content. Google says that safe harbours have been crucial not only to them but also to every other internet company. That’s not true. And Youtube says it’s paid out a billion dollars to music rights owners – but so has Spotify, from one thirtieth as many users. That economic discrepancy is because of the unreasonable economic advantage Youtube has over its digital service competitors because of its use of the safe harbour provisions.

The American government is increasingly looking at reforming copyright laws. As long as that reform creates a balance between strengthening copyright and allowing investment in the creative world, and adapting it to a world never envisaged, I support that intention. But I believe part of that change must be to remove the safe harbour loophole. We are at the point at which notice and take down must become notice and stay down.

To conclude, whilst thanking you all again, I would like to quote from one company’s evidence to Australia’s Communication Ministry a few months ago.

‘We believe there is significant, credible evidence emerging that online piracy is primarily an availability and pricing problem’

Whereas that might have been true ten years ago, today, in an era with myriad licensed services (and Australia has more than most), and with streaming services with free tiers, I think that’s, frankly, rubbish.

Who was it from? Google, the parent of YouTube, one of the companies that have made billions on the back of a statutory provision intended to protect ordinary people acting innocently.