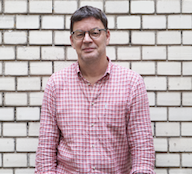 Jörg Heidemann is the CEO of Germanys Association of Independent music companies (VUT e.V.), which represents around 1300 Germany independent music companies. Former co-owner and CEO of the distribution company MDM – Mutualism, distribution and more, Head of Direct Export for Universal Music Germany and Export manager for one of the biggest German Independent Distributors EFA Medien GMBH end of the nineties. Before graduating with a degree (Diplom) in psychology at the University of Trier, he was already working in a couple of record stores to finance his study. He is also board member of the Association for popular Music in Germany and a member of the German IFPI charts and marketing committee.