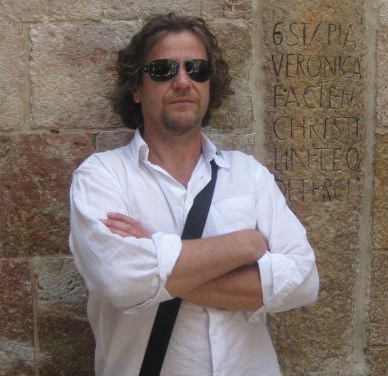 This article was first published in Midem blog. It is part of a series of interviews ahead of Midem 2018’s Global Indie Voices sessions, in association with IMPALA.

“Do what you love, and maybe you will be lucky enough to be successful” – Interview with Silvije Varga

Following a first focus on the Balkans last year, this year’s Midem will see the launch of RUNDA, a new trans-national association of independent record labels gathering key indie players from ex-Yugoslavia. An excellent opportunity to meet with some of them, starting with Zagreb-based Dancing Bear Records co-founder Silvije Varga.

midemblog: Could you tell us more about Dancing Bear Records ?

Silvije Varga: Dancing Bear Records was founded by my brother and myself in the beginning of the 90’s, first as a distributor and retailer with 2 CD shops (among the very firsts CD shops in ex-Yugoslavia and Croatia) and later several more shops.

At that time, in the first half of the nineties, Dancing Bear was the biggest distributor of international repertoire in Croatia, with several major catalogues in distribution (Polygram, BMG, Sony and about 20 independent labels like Demon, Castle, Epitaph, Ace etc)

We started in 1992 with our first releases as a label. Our first CD release was “The best of Techno – Zagreb City Limited”, the very first compilation record in Croatia, and the first techno release. We founded a sublabel – Loving Ed Records – dedicated to techno music releases on 12” vinyl, which was then exported and distributed in Europe in quite nice quantities, which, for us, was quite a success.

We released some domestic and international artists on Loving Ed Records, like Cortex Thrill, Omni Mode, Haar-el Prusky from Israel, some of them were also released on Bonzai. We also released songs by Tara McDonald, who later succeeded as vocalist for Moby and David Guetta…

We were also one of the organisers of the famous Future shock techno concert/parties in Zagreb, which gathered up to 10,000 visitors.

In the last part of the 90s, we started focusing on rock’n’roll releases on our main Dancing Bear label and, with time we became one of the biggest indie rock label in Croatia, with releases of major Croatian rock artists such as Hladno Pivo, Zabranjeno Pusenje, Kud Idijoti, Gustafi, Kojoti, Majke etc, and some artists that went to become very successful internationally, like The Bambi Molesters, The Strange ( i.e. The Bambi Molesters with Chris Eckman from The Walkabouts).

More recently, we also started working with jazz/electro/rock crossover band Chui, which is very successful here at home but also plays in Europe. We also released the successful Croatian ethno-artist Ibrica Jusic – the Amanet album – who performed with this material at Montreux jazz festival.

Some of our pop releases proved very successful with sales over 20 000 copies, like the first album of Dalmatino for example. We have built a great domestic catalogue, successful not only locally in the region but also around the world.

Since 1996, Dancing Bear Records has also been the Croatian Warner Music licensee for Croatia, Bosnia & Herzegovina, Macedonia, Kosovo and Albania, but we also work with some of the greatest indie labels around, such as Domino, Epitaph etc…

And we are still very truly independent label!

And what about yourself ?

Well, I am a happy man, married for 20 years, father of 2 daughters, and a music lover who succeeded in turning his love of music and his hobby into his work.

As a teenager, and later in my university years, I was playing in a small local band. Together with my brother, I was also a heavy record collector when we were young: he still is, while I’m not anymore.

Outside of music I am a big fan of gastronomy, great food and wine, I also love cooking, this relaxes me. I have some good friends that happen to be great chefs from whom I’m learning, and also some friends with the same interest, so we are enjoying ourselves by in relaxing with great food, wine…and music of course!

Work-wise, our biggest achievement was meeting international success with The Bambi Molesters, playing around the world, on different continents, from Australia and New Zealand to Brazil, having their songs featured in many commercials, in compilations, but also in great movies and tv series around the world, such as Breaking Bad in the U.S. or BAng BAng in Brazil.

They ended up playing in front of 60 000 people as guests for REM, collaborating with them and also with many great bands and artists all around the world.

My biggest satisfaction was – and still is – to work and collaborate with many great people from the whole music business, like Claude Nobs from Montreux Jazz festival or Seymour Stein from Sire records, while managing to build and develop a successful independent label through all these years.

CHUI I JAZZ ORKESTAR HRT was nominated this year for the IMPALA European Independent Album of the Year award – how did you discover them and what was your reaction the first time you heard this album?

This album is actually the fourth one from the band that we release directly, so I guess you can say we truly discovered them.

The first CHUI album we released was our own try to make a contribution to quality music, without many commercial consideration or thinking. Actually, we knew this album (named just Chui) was unlikely to succeed commercially, but for us it was art and we just loved it, so we went ahead and released it. Their second album (Second Arrival) was a step forward in building their status as a  great modern crossover band mixing jazz, rock and electro, while at the time of releasing their 3rd album (Third sun from the stone), the band was already recognised as a great act, especially by journalists and critics, most of whom made it their album of the year for 2016.

This opened more doors, and the band went on to record a very successful hit song with Croatian/ex Yugoslavian vocal diva Josipa Lisac, who was a kind of Croatian Lady Gaga fway before Lady Gaga. The name of the song is Tebi Putuje, Chui feat. Josipa Lisac, and was nominated as a one of the best songs in 2017.

This track is included on their fourth album Chui & Hrt jazz Orkestar, and was nominated together with the album in five categories – including Album of the Year – at the prestigious Croatian Music Award PORIN ceremony, pocketing three of them.

This album was the idea of the band’s leader Toni Staresinic, who wanted to connect some traditional jazz and a big band orchestra with the modern Chui sound and approach. We got this great album which we released on cd and double vinyl.

What’s next for Dancing Bear Records?

We have some great releases in preparation already, such as the new The Strange album, recorded in Prague with Phil Brown as sound engineer, Antonio Gramentierry from Italy  as a producer, and will be soon mastered by Denis Blackham at Skye Mastering in Scotland. All this for a Croatian/American/Slovenian band, it is truly an international record, and I am really looking forward to releasing it in the autumn.

How is being a label different now than it was when you started?

It is becoming much harder nowadays I think. There is not as much space as there once was 25 years ago. It is not easy to earn money as a label. I mean, it was never easy, but if you were ready to work 24/7, you could manage to build something with over time. We used to do much more with less people. Today, for the same result, we need more people and more work.

Nowadays, it is not easy to produce and sell music with young people interested in such a large music spectrum. Internet brought a large window to the whole world, but also a lot of spam and noise, and you require many more efforts to find something good for you.

What advice would you have a for a label starting out today?

Ha! I wish all starters a lot of luck. You will need patience and hard work, but more importantly to be yourself: do what you love, and maybe you will be lucky enough to be successful.