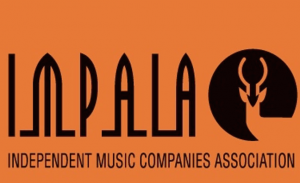 The European Commission has released a non-confidential version of its decision on Sony/EMI earlier today, explaining its approval of the Sony/EMI publishing merger on 19th April, subject to remedies.

Following an extension of the initial Phase 1 investigation, during which Sony twice submitted remedies’ proposals to try and deal with the problems identified by the EC, this decision was reached without market-testing the revised remedies. Neither did the EC open a more detailed investigation as it decided to do for the proposed Universal/EMI recording merger.

The decision sets out the Commission’s reasons for reaching its conclusions, some of which will have a broader impact. For example, it confirms that neither online customers nor piracy are capable of restraining excessive market power. It also confirms that the EC’s view of Sony/EMI was based on its particular management structure.

“We welcome the decision’s confirmation that neither online customers nor piracy are capable of restraining excessive market power in music. It also acknowledges that online platforms are being asked to pay more for Anglo-American music than local music, which is exactly what we predicted. Against that backdrop, the merger is bad news for publishers and writers, as well as for collecting societies and any label or online service which needs to be able to rely on fair terms. We believe the remedies do not go anywhere close to securing future competition. We now need to study the EC’s reasons in detail with our legal team to decide next steps.”

The EC decision can be downloaded here.