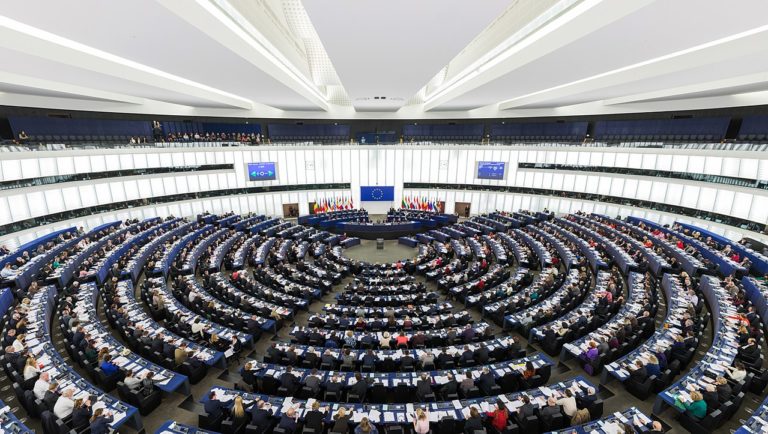 The Cultural and Creative Industries’ Platform welcomes Mrs. Sanchez-Schmid MEP’s own initiative report, which stresses the importance of the cultural and creative sectors in Europe’s economic and social development, and renews the European Parliament’s call on EU Member States and the European Commission to help these sectors grow.

Both the intrinsic cultural value and the economic and social benefits of these sectors are recognised. The sectors simultaneously contribute to social cohesion, creativity, cultural and linguistic diversity, and account for a significant proportion of the economy (up to 4.5% of EU GDP and 8.5 million jobs). Cultural and creative sectors have shown themselves to be resilient to the economic downturn, continually demonstrating above-average rates of growth, while offering much higher levels of youth employment than other sectors.

The challenges faced by these sectors are numerous: cultural and linguistic market fragmentation, the digital transition, and the great difficulties in accessing funding.

In a time of economic recovery, it is essential for the EU to support and capitalise on its successful and promising sectors. The cultural and creative sectors are one of Europe’s main assets. Their untapped potential is huge. This report should encourage the EU to do more to champion them and follows previous recommendations from the EU institutions suggesting various measures to unlock the potential of cultural and creative industries.

One of the main challenges identified in the report is the lack of funding. The European Commission has previously estimated the funding gap in Europe for the cultural and creative sectors in terms of bank loans alone to be between €2.8 and €4.8 billion. Today’s report correctly identifies several possible levers for improved funding: loan guarantee systems for small organisations, an improved regulatory framework, reduced administrative burden, ending divergences between member states in the taxation of cultural products, establishing a tax system tailored to the sectors’ SMEs, setting up a cultural investment bank, increased use of structural funds, as well as investigating alternative means of financing such as crowd-funding.

We are also pleased to note that the Platform itself is mentioned in the report, recommended as a good basis for an expanded forum of cultural stakeholders. This enhanced platform would continue to work together to identify common challenges, and with the Commission on finding political responses to these issues.

The Platform fully agrees with the need for reliable, up-to-date statistics on the sectors, and encourages the European Commission to work on collecting comprehensive and comparable data on a long-term basis.

On another note, the Platform is encouraged to see the report endorse the EU and Member States capacity to preserve and develop their cultural policies by, for example, keeping the cultural and audiovisual sectors out of the EU-US free-trade agreement negotiations.

The Platform considers this report to be a critical reminder of the strategic role of the cultural and creative sectors and of the urgent need to take appropriate action to help unlock their potential. This issue should be high on the agenda for the 2014 European elections. The cultural and creative sectors are among Europe’s most promising strengths –the EU should strive to harness, develop and cherish them.