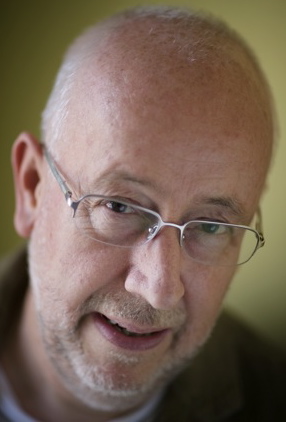 Martin Mills set up Beggars Banquet in 1974, initially as record shops, and guided its expansion into the Beggars Banquet record label in 1977, and subsequently into other label and joint venture operations.  The group has established and participated in the 4AD and XL Recordings labels, amongst others.  In 2002 it completed the purchase of 50% of Matador Records, one of America's largest and most respected independent labels, and in 2007 similarly brought the legendary Rough Trade Records into the group.  These four labels make up the modern Beggars Group, one of the largest independent music groups in the UK, and worldwide the largest owner-run group of labels in the alternative sphere, with its USA headquarters in New York, as well as offices in Los Angeles and nine other international capitals, together with joint venture companies in Spain and Australia.  The group now comprises four primary active current labels, 4AD, Matador, Rough Trade and XL Recordings.  Following a split with his original partner, Nick Austin, in 1989, he is now the sole owner of the Beggars Group.  Beggars was featured in the top forty of the Sunday Times Fast Track International 100 in 2010, and Contra by Vampire Weekend became in the same year the first USA Number One album for a UK independent label for a quarter of a century (the Group have subsequently had two more album chart toppers Stateside).  Fast Track again recognised Beggars in 2011, this time as one of the top 25 UK companies in terms of five-year profit growth, helped by Adele’s album 21 that year becoming the biggest selling album of the Millennium so far, one of the ten most successful ever.

Martin has been actively involved in promoting the collective interests of the independent sector, and was instrumental in the original setting up of the Association of Independent Music in 1999, IMPALA in 2000, A2IM in the USA, and most recently the Worldwide Independent Network, each representing the interests of the independent music industry, and Merlin, the independents’ rights licensing body, of which he is currently Chairman.   He has been Vice-Chairman of AIM and Chairman of IMPALA and a board member of A2IM, and is actively involved in music industry issues generally, through his participation in the government’s Music Industry Forum, the Music Business Forum, at the board of UK Music, and as a director of PPL and VPL, the industry’s rights licensing bodies.  He was awarded an MBE in the 2008 New Year honours, as well as outstanding contribution awards from Music Week, the Radio Academy, the Featured Artists Coalition, and the Music Producers’ Guild. Radio 4 dedicated a programme in their 2013 Zeitgeisters series to Martin.