22 acts in the running for best European independent album

For the 8th edition of the IMPALA European Album of the Year Award, 22 acts are nominated from 19 different countries. The winner will succeed Danish solo artist Agnes Obel. 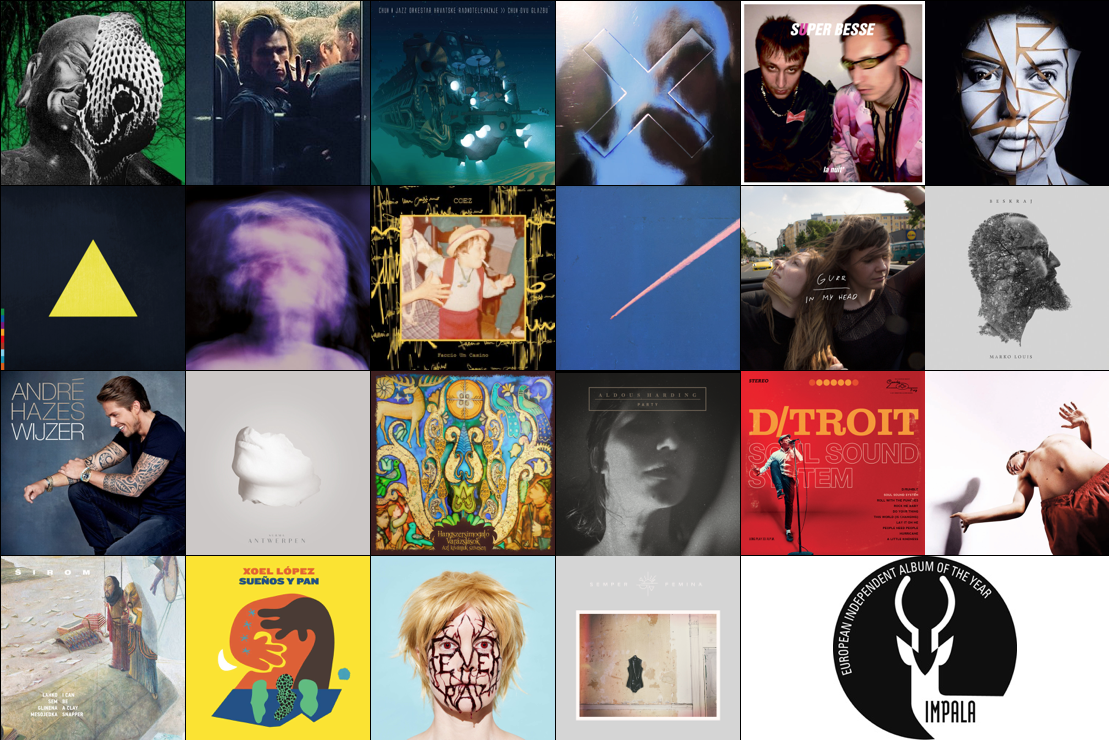 This year’s shortlist includes brilliant newcomers such as German duet Guur and Portuguese female solo act Surma, as well as well-known artists such as UK former winner of the IMPALA Album of the Year Award The xx, Millionaire from Belgium, Loney Dear from Sweden and Xoel López from Spain.

Leading independent UK label Beggars has no less than four artists in the shortlist with King Krule, Aldous Harding, The xx and Ibeyi.

Helen Smith, Executive Chair of IMPALA commented: “This is a great shortlist from all over Europe including the Balkans from where we are just coming back after taking part in MENT Ljubljana festival. There is a good mix of new artists and more established acts. It will be a very tight vote.”

The vote is currently taking place and the winner will be announced in March.

The nominated albums are listed below (in alphabetical order by artist/name of the album/record label):

About the Independent Album of the Year Award
The “European Independent Album of The Year” award was launched in 2011, together with the annual “Outstanding Contribution to European Music” award, to mark the 10th anniversary of IMPALA. This award showcases the breadth and diversity of independent talent across Europe. The winner is selected on the basis of completely open criteria from a shortlist compiling national and non-national album nominations from territories across Europe put forward for their musical, artistic or other exceptional quality. Nominated albums were required to have been released on a European independent label between January and December 2017. Previous winners of the Award are Agnes Obel, José Gonzalez, Caribou, Guadalupe Plata, The xx, Adele and Efterklang.

About IMPALA
IMPALA was established in April 2000 to represent independent music companies. 99% of Europe’s music companies are SMEs. Known as the “independents”, they are world leaders in terms of innovation and discovering new music and artists - they produce more than 80% of all new releases. SME’s also produce 80% of Europe’s jobs. IMPALA has its own award schemes to help promote cultural diversity and new talent and highlight the artistic contribution of independent music