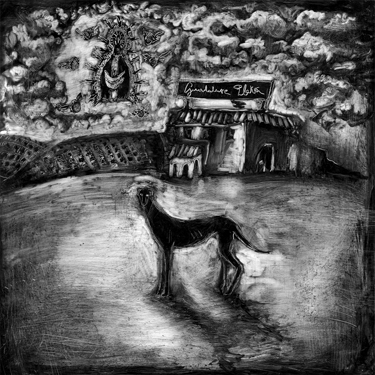 This album is the first one that Guadalupe Plata has released through Everlasting Records, the Madrid-based label that has also released material by Emerge, Aaron Thomas, Los Punsetes and 2010 IMPALA Album of the Year Award nominee El Guincho.

Quotes
Guadalupe Plata’s members commented: “We're all big music fans and if you are really into music, you look around the records you have at home and most of them tend to have been produced by small, independent labels.  So it's very pleasing that the people who represent those labels are listening to our music and enjoying it. All the work we've done outside Spain has been in the Americas. It looks like we've got some new countries to visit now, in Europe!”

The band also expressed its thanks in a video:

Guadalupe Plata - Thank you Message - IMPALA European Album of the Year Award from IMPALA on Vimeo.

Everlasting Records founder Mark Kitcatt added: “I first came across Guadalupe Plata at the UFI awards, a couple of years ago They played one song and it was arresting - they are utterly compelling. If you listen to the record it has that sense of space, and of night, and that bounce that run through all great rock'n'roll music. Like somehow, rock'n'roll had been invented by olive pickers in Jaén, Andalucia!”

Helen Smith, Executive Chair of IMPALA, commented: “The shortlist was full of great albums, and the result was close but Guadalupe Plata is the well deserved winner. When I heard this album I was sure it would be one of the top contenders.”

Guadalupe Plata takes its name from the Virgin patron of their town, Úbeda in Jaén, Andalucía.

The album was recorded in three days at Ryan Anderson’s studio in Austin with the help of Walter Daniels (The Oblivians, The Revelators) on harmonica, and mixed by Mike Mariconda (Devil Dogs, Raunch Hands) in Málaga.  The album can be heard on Spotify: Guadalupe Plata

Sometimes described as the ‘European Mercury Music Prize’, this award showcases the breadth and diversity of independent talent across Europe. The winner is selected on the basis of completely open criteria from a shortlist compiling national and non-national album nominations from territories across Europe put forward for their musical, artistic or other exceptional quality.

IMPALA was established in April 2000 to represent independent music companies. 99% of Europe’s music companies are SMEs. Known as the “independents”, they are world leaders in terms of innovation and discovering new music and artists - they produce more than 80% of all new releases. SME’s also produce 80% of Europe’s jobs. IMPALA has its own award schemes to help promote cultural diversity and new talent and highlight the artistic contribution of independent music. IMPALA award winning artists include Armin van Buuren, The xx, Caro Emerald, Adele, M83, Mogwai, Vitalic, Soap & Skin, Royksopp and Andrea Bocelli.