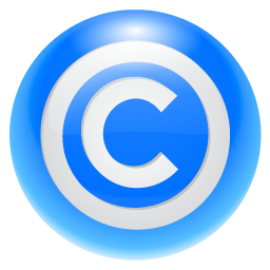 With four weeks to go until the European commission closes its public consultation on copyright, thousands of independent (read small, medium and micro) music companies are calling on decision makers to make Europe the best place in the world for creators.

Seeing the digital market as a fundamental leveller in an increasingly concentrated market, independent music companies and their artists have been at the forefront of online developments for nearly twenty years. At the demand of consumers, independents were the first to give up digital rights management (DRM).

Natural early adopters, independents also licensed Napster, the world's first peer-to-peer service. More recently independents set up their own global rights agency, Merlin, to make it easier for services to get a licence.

Artists have never been more popular, engaging directly with their fans. Nine in ten of the most liked people on Facebook are artists. Seven of the top ten most followed people on Twitter are artists.

Nine out of ten of the most watched videos of all time on YouTube are music videos. There are over 30 million tracks available via more than 260 music services in Europe, many with free listening options.

With seven million jobs and over €500bn of EU GDP, copyright-intensive sectors are a massive asset for Europe.

So who is behind this? We believe we are talking about large interests whose real aim is to pay less for music and other creative content. The same actors who fiercely protect their own copyright and take rights and control over personal data from smaller creators and the public, often without any room left for negotiating payments.

Our members, as much as anyone, dream of an open digital market. But not if that means broadening exceptions and doing nothing on enforcement, while online actors make millions on illegal advertising and divide up the market faster than ever.

Not if creators are told 'notice and action' procedures are the answer while they lose millions and see their right to trade being eroded.

Commercial interests may be stoking the fires of demand for broader exceptions to copyright, but is this really needed? And why the rush?

User-generated content is already covered by licences negotiated with platforms. As well as the new rules on orphan works and the new system for collective rights management, there are also schemes in place for small-scale uses.

The market will continue to evolve as long as exceptions serve legitimate needs, rather than drive commercial services. One example is the online hosting exception. It should serve its original intention rather than build businesses where host providing is actually content providing.

When considering the arguments either way, here are a few facts to mull over. 80 per cent of new music today is produced by independents, who also account for 80 per cent of the sector's jobs.

And their contribution is also fiscal. For example, Beggars group (a leading European independent record label, and member of IMPALA), paid more taxes in the UK in 2012 than Apple, Google, Facebook and Amazon combined.

So, if you think you are sticking it to major labels or media corporations, think again. Instead let's think about creators, for whom copyright is the only currency.