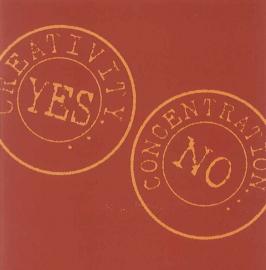 The independents welcome the EC's conclusion that Universal's power is a problem across the whole market, both digital and physical, including access to media. The Commission's insistence on tough remedies, despite strong positioning by Universal, is also applauded, as well as its clear rejection of arguments that piracy and larger online players are restraining forces.

The remedies package put in place, however, is not considered to be tough enough to curb Universal's improved market position.

Independents across the world have objected to the merger since it was first announced. The EC concluded in June that it would be to the detriment of competitors, customers, innovation, consumer choice and ultimately, consumers and cultural diversity.

Helen Smith, Executive Chair, IMPALA commented: "This decision has finally put a freeze on Universal's ability to expand further and sets a benchmark for constraining abusive behaviour across the whole market. Following the approval of the Sony/EMI merger, however, this decision nonetheless reinforces what is already a powerful duopoly. Contrary to the basic principles of competition in cultural markets, artists and consumers will ultimately pay the price. We will consider our options with our lawyers as soon as the full decision is published. In the meantime, it is vital that the divestments process balances the market and maximises competitive forces to the duopoly."

Martin Mills, Chairman of Beggars Group, added "It's good to see that the Commission has seen this deal as such a threat to the market that it has demanded and received truly swingeing commitments to divestments. However, that should not conceal that fact that Universal's arrogance has paid off for them, that they have destroyed a significant competitor, and that even with these divestments their ability to dominate and control the market has reached even more unacceptable levels. Anyone trying to start a new digital service will be realising that very soon, and we will continue to look to the regulators to monitor ongoing behaviour."

About IMPALA
IMPALA was established in April 2000 to represent European independent music companies. One of IMPALA's missions is to keep the music market as open and competitive as possible. IMPALA has an impressive record on competition cases in the music sector. The first EMI/Warner merger was withdrawn in 2001 following objections from the EU after IMPALA intervened, in its first year of existence. It also won a landmark judgment in 2006 in the Sony/BMG case, and when Sony acquired 30% of EMI publishing in 2012, it was at the cost of significant divestments. The biggest set of remedies proportionately ever in a merger case was secured later that year, when UMG was forced to sell two thirds of EMI records and had to accept ten years of scrutiny over the terms of its digital deals. When WMG bought Parlophone in 2013, IMPALA secured a hefty divestments package for its members. On top of mergers, IMPALA has also been involved in other anti-trust cases involving the music sector, such as the abuse complaint against YouTube in 2014 and the call for regulating unfair business practices by large online players. IMPALA has also submitted observations on Apple’s bid to acquire Shazam.  See the organisation's other key achievements in IMPALA's milestones.