For the first time ever, the independent music sector has its own global report on market share.

Produced by WIN, the worldwide network for the independent sector, the report sets out key findings which underline the importance of independent music companies in Europe and elsewhere across the world.

For WIN’s press release, please see below, with an infograph of the key findings here, and key statistics here and full report here.

The report is also welcomed by WIN’s members such as IMPALA, the European independents association, who is in Cannes for its board meeting on Monday at the Midem music conference.

IMPALA's Executive Chair Helen Smith commented: “Having a single report covering key territories in Europe and across the world is vital for mapping the sector. There are three key takeaways. First, each market has its own specificities, but developing local artists and helping them break borders is a primary focus of the independent sector across the world. Second, the independents are key players in the digital music market. Third, if ever there was an incentive for online services to play fair and pay fair, this report lays it out.  In a nutshell, the independents are the most valuable part of the music market.” 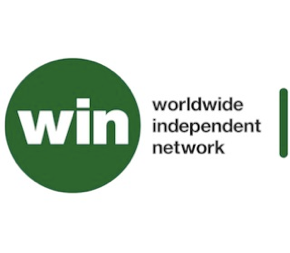 The new report, entitled WINTEL, was commissioned by WIN to analyse the global economic and cultural impact of the independent music sector. It is authored by Mark Mulligan of MIDiA Research in conjunction with Dr. Chris Bilton from Warwick University’s Centre for Cultural Policy

The report will be launched at Midem today in the Main Room, Riviera 7, Palais des Festivals.

Key findings from the research include the fact that, based on rights ownership, the global market share of independent record labels is 37.6%, representing $5.6 billion in 2015.

Beneath the global figure there is a hugely diverse range of national trends, with independent label market share ranging from just 16% in Finland up to 88% in South Korea.

The report focusses on the criterion of value ‘based on rights ownership’ when analyzing market share. This is an important distinction because where independent companies use major labels in various territories around the world to distribute their music, the major labels include the value of revenues derived from the distribution of independently owned rights into the label’s assessment of the majors’ own market share. Most independent labels do not have the international infrastructure needed to compete globally. The WINTEL report establishes that approximately 72% use international distributors and 52% use major labels or major label owned distributors. The claiming of market share by international corporations, which  should be attributed to independent right holders, distorts the true picture of market value. WINTEL’s analysis by reference to rights ownership provides a much more accurate overview of the marketplace.

It is also important because market share Is used by the leading digital music companies such as Apple, Google and Spotify in negotiations with the independent sector and often determines the levels of remuneration paid by these companies to music right holders.

To emphasise this point the report also makes clear that digital music, and streaming in particular, has created increased opportunities for independent labels and that in virtually every country, independent labels have significantly higher market share in streaming than they do in physical formats.

The report also found that averaging 19 years in operation, independent record labels have built sustainable businesses in the digital era.  With an average roster of 40 artists each, they provide a crucial platform for artists that do not fit the major label ‘mainstream model’ yet have built broad audiences beyond ‘DIY’ platforms, locally and internationally.

This diversity on both a national and international level is hugely valuable to the cultural life of countries all over the world, giving a platform to artists that otherwise might not have the opportunity to reach a wider audience. Independent labels are the bridge between indigenous cultural content and global markets, whilst still maintaining the integrity and authenticity of differing traditions.

Alison Wenham, CEO of WIN said, “This is an important report, giving us the first truly global overview of the economic and cultural value of independent music. With a 37.6% market share based on rights ownership, and a contribution of $5.6bn it is clear that the independent music community is playing an increasingly important part within the global music industry. Quite apart from the significance of the independent sector’s real market share, the vital contribution to the creation of local music in countries around the world assures that the cultural value and contribution of music is in very good hands with the independent sector.”

WINTEL will be available in print and online at www.winformusic.org from 6pm on Friday 3rd June.

Unique in the history of the global music industry, WIN is a representative organization exclusively for the worldwide independent label community. It was founded in 2006 in response to business, creative and market access issues faced by the independent sector everywhere.

WIN’s membership stretches across every continent, with trade associations in all the well-developed music markets taking a particularly active role. WIN’s priorities are set by the global membership, and with IMPALA, included the creation of Merlin, the world’s first independent global new media rights licensing agency.

For independent music companies and their national trade associations worldwide, WIN is a collective voice and platform. When appropriate it acts as an advocate, instigator and facilitator for its continually growing membership. WIN is also a focal point for collecting and sharing knowledge about the indie sector at national level.
www.winformusic.org